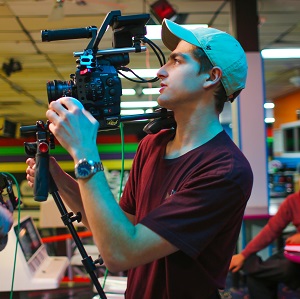 When it comes to getting a bird’s eye view of a location, Cola is the man for the job. A licensed drone pilot with over three years of flying experience, Eric has taken his assortment of drones all over the world, capturing it from a new point of view. ​

On the ground, Eric is equally as invaluable with those more conventional “land based” cameras. An incredibly nimble shooter, Eric’s ability to quickly assess and capture a shot makes him a fantastic asset on smaller, quicker shoots. ​ ​

When he’s not in the air or on land, Eric also loves to spend time on the water. Whether it’s scuba diving with sharks or reeling in a trophy fish, Eric always has his cameras ready to anticipate the next shot.

We offer Video Production Services throughout the Philadelphia Region and across the country.